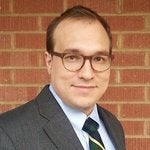 John loved his friends and family and they loved him.  He married Danielle Carter in Salt Lake City and together they had three beautiful daughters, whom he loved fiercely.  John was also an animal-lover and he felt incomplete without a dog in his life.

John had a big heart and creative spirit.  He loved music and played guitar, but his true passion was skateboarding.  He took his skateboard with him everywhere so he could take advantage of every opportunity to skate and he evangelized his favorite pastime among his nephews, earning their admiration.

John leaves an absence in the hearts and lives of all who knew and loved him that will be felt until we see him again.

Thank you for contacting us. We will get back to you shortly.

Please complete all required fields below.