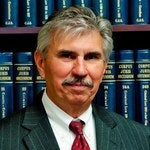 Dave Barron began working with insurers and their insureds while still in law school.  In forty years of practice, Mr. Barron has taken upwards of a hundred cases to trial in Nevada's state and federal courts—almost all of them for the defense—ranging from insurance coverage and bad faith to wrongful death and catastrophic bodily injury claims arising from auto and trucking accidents; product defects; premises liability (including security related lawsuits); and professional liability.  Mr. Barron has also taught as an instructor for the State Bar of Nevada's Trial Academy.

Thank you for contacting us. We will get back to you shortly.

Please complete all required fields below.